One of the Most Iconic Movie Props

Who remembers the leg lamp? Who still has one? 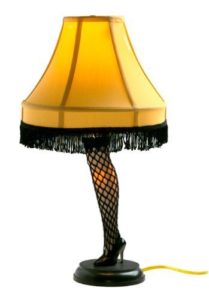 The 1983 movie, A Christmas Story, is about an Indiana family in 1940. The story is told through the eyes of a nine year old boy.  The film opened with mediocre box office sales, and it only ran for a few weeks. The movie was unique among Christmas movies heavy on nostalgia like Frank Capra’s It’s a Wonderful Life and Miracle on 34th Street.  Since 1983, the movie has gained popularity and influenced later Christmas movies like Elf

A Christmas Story was

“a new kind of holiday movie, one that acknowledged- even relished- the ‘unbridled avarice,’ the commercialism, the disappointments, the hurt feelings and all around bad luck that in reality often define the merry season.”

The character of the father, known as “The Old Man,” entered a trivia contest, and with his wife’s help wins. The prize? A  full sized, woman’s leg including high heels and fishnet stocking fashioned into a lamp  that is “indescribably beautiful.” 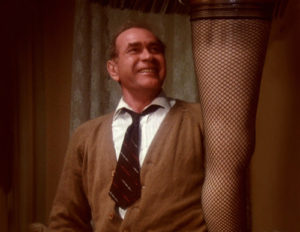 The story continues as the wife, not liking the prize lamp, breaks it. 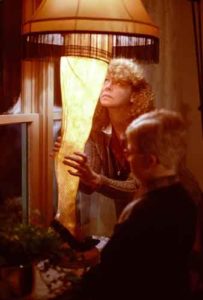 When “The Old Man” tries to fix it with glue, only to find that his wife had used it all – intentionally. 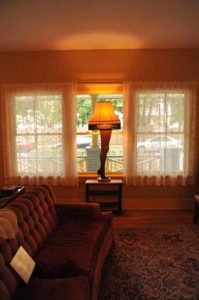 In 1997, Time Warner began to run the movie on a continuous loop from Christmas Eve through Christmas Day. For many families this movie,  “a bracing blast of satire and realism, wrapped up in a hilarious pitch-perfect tale of a middle-class family . . .through the eyes of a nine-year-old boy” is a cherished holiday tradition.

Years later, Bob Clark, the director, noted with some surprise that “this low budget fluke of a movie had become a quintessential Christmas tradition.”

Watch the Movie at the Museum!

Join us on Sunday, December 15 at 2:00 pm for a special showing of The Christmas Story at HCHM. Explore our new exhibit, Back to the 80s.

Please note: If the event is cancelled due to bad weather, we will post on our Facebook page.