Sometimes all that is left is a photograph of a group of children or an obscure mention in a history book, but Harvey County can count at least 17 lost towns since 1871. Some were only on the map for a year or two, boasting a post office and maybe a blacksmith shop. Others, like Annelly, were the site of a school long after the post office and other services had disappeared. Several, like Alta Mill and Zimmerdale, were once thriving, if small, communities. The reasons for their disappearance vary. 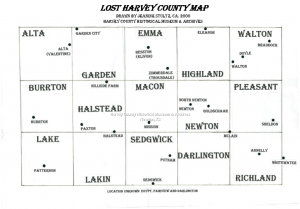 This post is simply a listing of the communities that we know about at this time with the dates of the post office, if available.  Along with the listing are the photos that we have in our collection that have been identified as from that community.

We would welcome any information or photographs on any of these, or other, Harvey County communities.  We have the capability to scan documents and photographs, so a person can keep the original if they want. Watch for future blog posts as information becomes available. 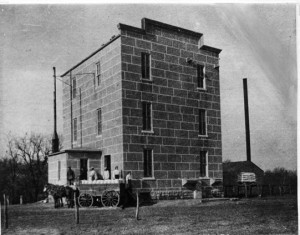 There are actually several articles and a web page focused on the history of the Alta Mill area.

For the story behind the name “Alta,” visit the Mystery of Alta Muse 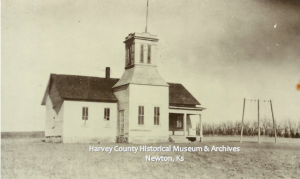 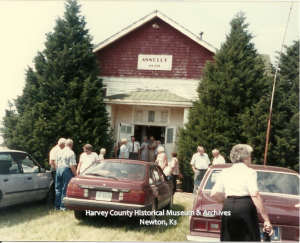 Goldschaar  also has  a well documented history in connection to the three families that initially settled the small village. 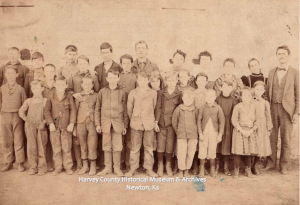 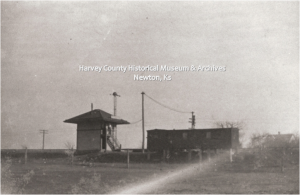 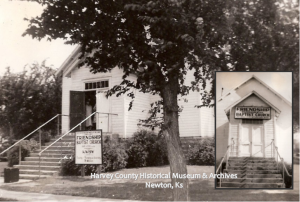 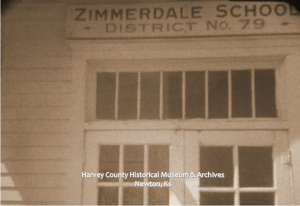 Zimmerdale  was first known as “Trousdale” after the early settler W.J. Trousdale.  The name was changed to Zimmerdale,  a combination of another family in the area, Zimmerman, and Dale for the Trousdale family.