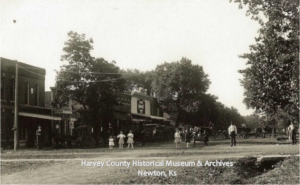 Did you correctly identify Sedgwick, Ks?

Sedgwick, the oldest Harvey County town, is located at the confluence of Sand Creek and Little Arkansas River.  Named for Maj. General John Sedgwick, it is the oldest city in Harvey County.

After the Civil War, there was a growing interest in settling the vast prairies west of the Mississippi.  Judge RWP Muse, Charles Schaeffer and James R. Mead  explored the rich region between the Little Arkansas and Sand Creek.

By the fall of 1869, a number of homesteads had been established near present day Sedgwick.

The town of Sedgwick was platted in the summer of 1870 by William Finn of the Sedgwick Town Co.  The first postmaster was Dr. T.S. Floyd. William H. McOwen opened the first store in July.  The first school was erected in September with C.S. Bullock and his wife serving as teachers. 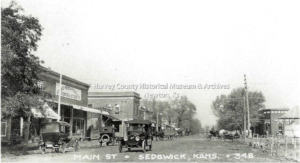 Mrs. Susan McClung opened the first hotel on the town site in fall.  Disaster struck in the winter of 1871-72 when her hotel was destroyed by fire, but she was able to rebuild.

In March 1872, Sedgwick was incorporated as a third class city.  T.S. Floyd was elected mayor. 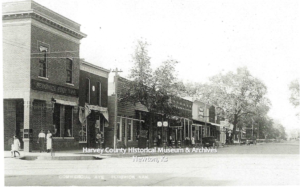