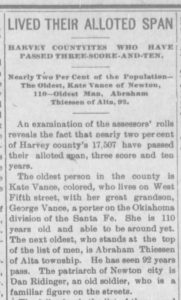 In January 1880, Vance with 31 others, including Weston and Brooks, “emigrated to sunny Kansas, where the negro was given equal opportunities with the white man in the race of life.” Katie Vance was already an elderly woman “about ready to shuffle off this mortal coil”  at the time of the trip. When they arrived in Newton, the family consisted of Willis & Emily Brooks and a son, George Washington, and the elderly Wilson & Katie Vance. The Vance/Brooks family lived at 422 W 6th, Newton, Ks in a house described as a “shanty” for the next 20 years. 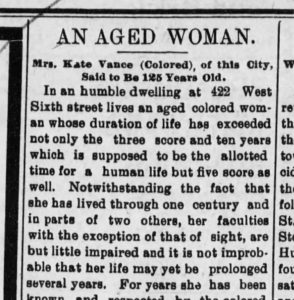 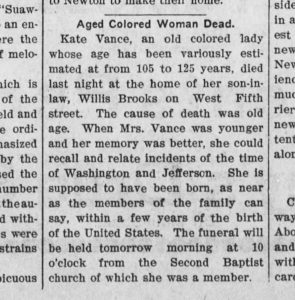 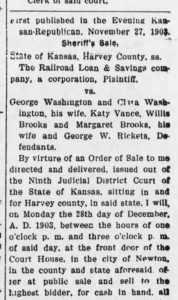