Recently the Harvey County Commissioner voted “to move forward with plans to sell Camp Hawk” located at southwest 36th, in rural Harvey County.  The county has owned the camp for the past 42 years obtaining it from the YMCA in 1975.  Prior to that, the roughly 40 acres had been the property of the YMCA.  Harvey County resident, H.G. ‘Guy’ Hawk donated the land to the YMCA in 1959 and 1960. The camp is named for him.

H.G. ‘Guy’ Hawk lived a long life of service to Harvey County.  He was born near Burns, Kansas in Marion County on August 27, 1872.  As a young man, he moved to Walton, Kansas where he was instrumental in establishing the Walton State Bank in 1907.  He married Ida Lathrop in 1917. 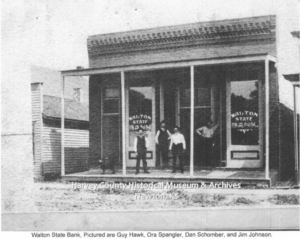 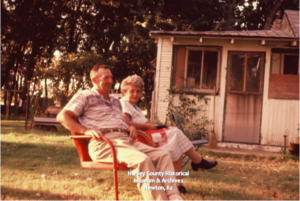 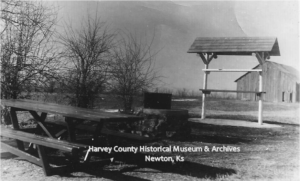 Guy Hawk donated about 40 acres located at SW 36th to the YMCA in 1959 and 1960. It quickly became a popular place to hold camps and picnic. 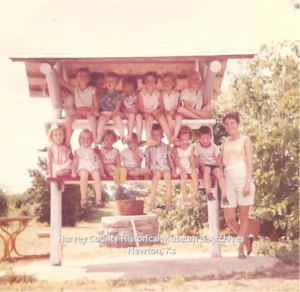 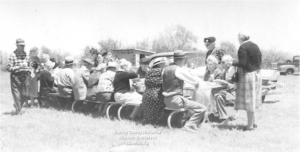 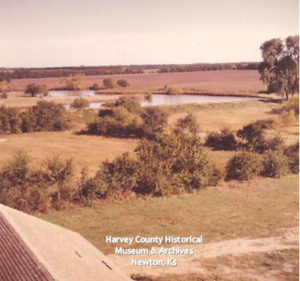 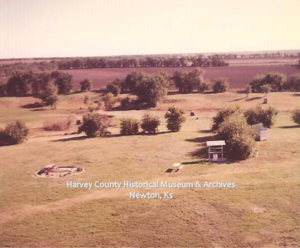 “a great mix- through wooded areas crossing creeks and ponds while battling the Kansas wind. Signature hole #23 has water on both sides all the way to the pin.”