When looking at old photos, sometimes the background is as interesting as the subject.

In the HCHM Photo Archives there are large collections of photos of parades and street scenes.  The person taking the photo was interested in the floats, but today those same photos have important clues about the buildings in the background.

The only photos in the collection of the corner of SE 4th & Washington Road, Newton were taken to record a collision on June 17, 1939. 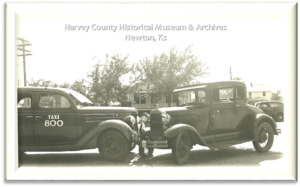 Collision at S.E. 4th and Washington Rd, Newton, Ks 17 June 1939 between a Newton City Cab Sedan and a Mod A Coupe.

Basic details of the accident were included with the photos. At 3:40 pm, Cletus Snyder, Salina, Ks,  in the Mod A Coupe, collided with Clifford Thomas, driver for the Newton City Cab, in the V 8 4-door sedan at the intersection of S.E. 4th & Washington Road, Newton.

Mrs. Ziegler, passenger in the cab, was injured.  She was taken to Bethel Hospital “for treatment of injuries to her left foot and bruises sustained in a car accident.” 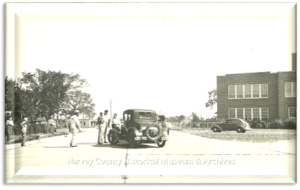 In the background of the photo, Washington School and various homes are visible. 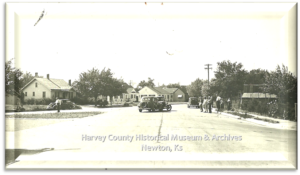 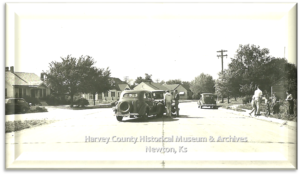 This small collection of photographs provides clues to the history of one neighborhood. 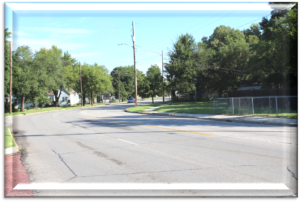 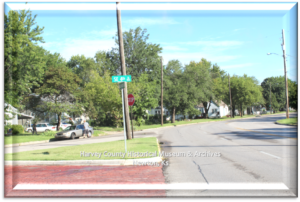