Many of the men that settled in Harvey County in the 1870s-1880s were Civil War veterans. Most were former Union soldiers, although a few, like R.M. Spivey, had fought for the South. 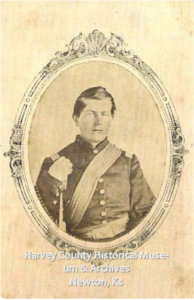 At the close of the War, soldiers from both sides returned to everyday life.  For some, this meant establishing homesteads in the west.

John George Bessmer was born in Germany in March 1841.  He came to the United States at the age of 12 and settled in New York.

Bessmer was 20 years old in September 1861 when he joined Co H, 56th New York Infantry of the Union Army. For the next four years, he fought under the command of General McClellan and later Gilmore.  Bessmer was involved in several battles, including “the battle of Fair Oaks and the Seven Days’ battles.”  He “took part in the capture of forts Wagner and Gregg and the bombardment of Fort Sumpter. . . and several minor engagements in South Carolina.”

He carried this briefcase with him throughout his time with the Union Army. 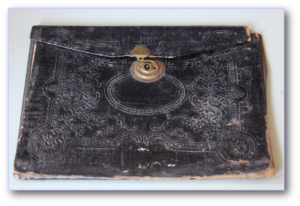 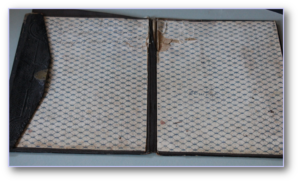 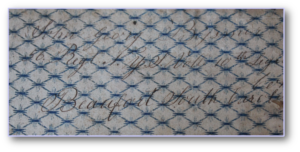 Following the Civil War, Bessmer returned to New York.  He married  Rosina Kautz, also from New York, on December 5, 1867.  The couple had seven children; 2 sons and five daughters.  In March 1882, the family came to Harvey County, Kansas, settling on a farmstead in Emma Township, near Hesston,  previously owned by his brother Michael Bessmer.

His obituary noted that “he did not belong to any fraternal orders except Judson Kilpatrick Post No. 36, always preferring the quiet and duties of home above all else.”