This post is researched and written by Katelyn Olsen, who in interning at HCHM this summer. She will be a junior at Bethany College in Lindsborg and she is a great help to us this summer.

The family of Everett M. Saunders recently donated a complete navy uniform worn by Saunders while he served as a cook in the U.S. Navy.  This post highlights the collection, but more importantly, the man who wore it.

Born in Missouri on March 11, 1926, Everett M Saunders enlisted to join the US Navy in February 1944 during the Second World War. He was stationed at several places including Lido Beach, Camp Bradford and Norfolk, VA. 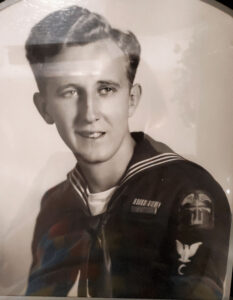 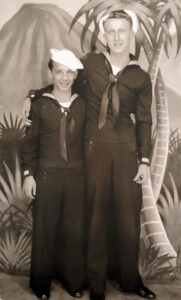 On his ship, he began as Ship’s Cook  Third Class Petty Officer, and later rose to Second Class. Being a part of the Naval Amphibious Forces, Everett would be placed under heavy enemy fire shuttling soldiers and marines to the shores. The Amphibious Forces were highly instrumental to WW2’s Pacific Theater, enabling US forces to land at Leyte Gulf, Iwo Jima, Okinawa, and many others. 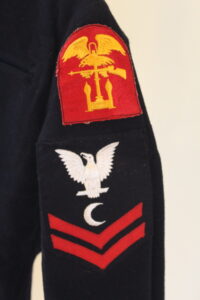 Even though they were advised that the war was over and that they were not in enemy territory, Saunders’ ship was bombed and set on fire. He sustained serious injuries to his leg, Everett was then honorably discharged and received a Purple Heart.

Before leaving his ship, Everett received a small patch called “The Ruptured Duck”. The patch displayed an eagle with its wings spread surrounded by a wreath stitched in yellow. It was given to men and women service members who had been honorably discharged, in transit it meant that MP’s could see that they were simply discharged members in transit and not anyone who was AWOL. The patch also offered benefits after service was completed, it meant that one could wear their uniform for thirty days after leaving, as there was a clothing shortage at this time. The “Ruptured Duck” got its name after service members noted that the symbol more closely resembled a duck than an eagle. This began the phrase “They took off like a ruptured duck…” which referred to personnel after they had left. 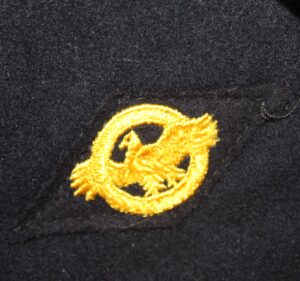 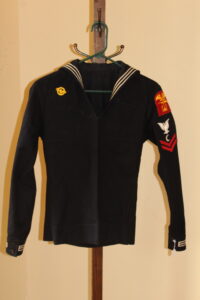 Life After the Navy

After Everett Saunders was discharged in June 1946, he married Lucille Willems in San Francisco, California, where they lived until moving to Newton, Kansas in 1972 to live out the remainder of their lives. 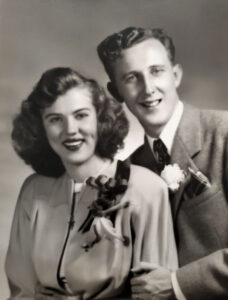 In 1960, the same year his son, Dave was born, Everett bought  a Ford F100 truck. Dave and Terri  still have the truck at their home in Arizona. 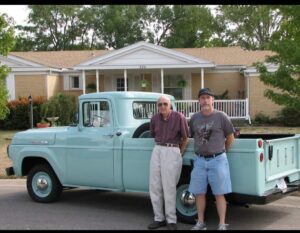 Everett with son, Dave and the 1960 truck

In Newton, he worked for a time at Hesco Office Furniture. He retired from Precision Pattern in Wichita, where he built high-end aircraft furniture, including furniture that was installed on Air Force One.

After Lucille passed away in 1998, Everett remarried in 2004 to Jean Jackson. According to his family, the newspaper named him as a good and fair landlord for his properties in Newton. 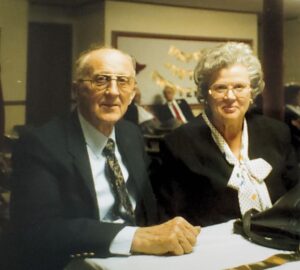 In 2015, Everett had the opportunity to go on the Kansas Honor Flight, for that particular flight he was the most decorated person attending. His family recalled this meaningful event.

“Jacque accompanied him. Dave and I (Terri) took a red-eye from Arizona to beat their flight to Baltimore and surprise him at the welcoming ceremony at the airport. It was quite the experience. We were so fortunate to share the moment with him.” 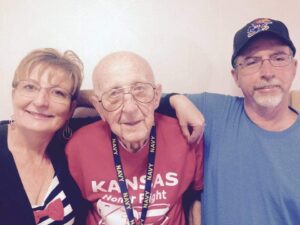 Also in 2015, the American Legion restored and replaced all of his medals. 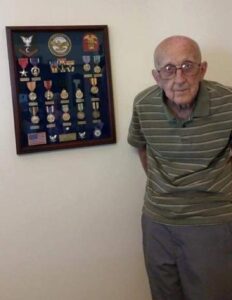 One of Everett’s favorite activities included cooking. It was his tradition to make Thanksgiving dinner for his family, something he was able to do until the very end of his life. Everett passed away on September 9, 2021 at the age of 95. Everett Saunders would always be remembered for his love of cooking and creating meals for everyone, as well as his service in the Navy.

His family lovingly donated his uniform to the Harvey County Historical museum, where we can tell his story and display the uniform, which contains: Two jackets, a pair of slacks, a winter coat, two hats, and a pair of swim trunks. 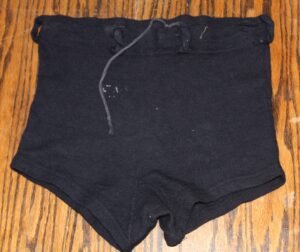 His stepdaughter, Jacque Wedel, graciously allowed us to copy pages from Everett’s cookbook, The Cook Book of the United States Navy 1940, which he used as a navy cook.  The well used cookbook, complete with grease stains and  notes by Everett, includes some interesting recipes. 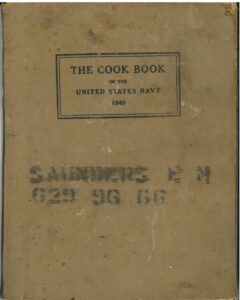 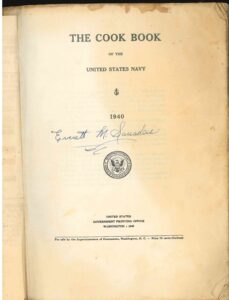 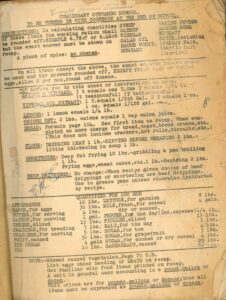 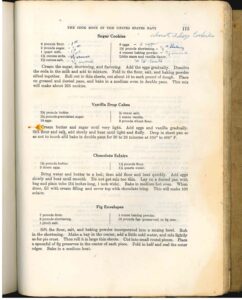 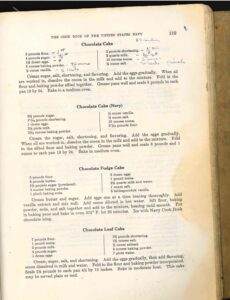 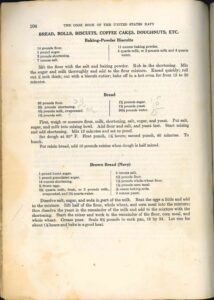 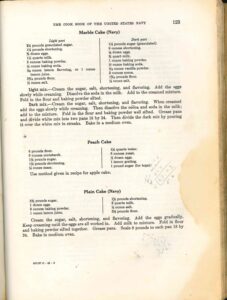 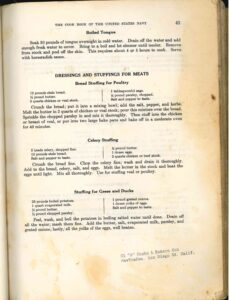 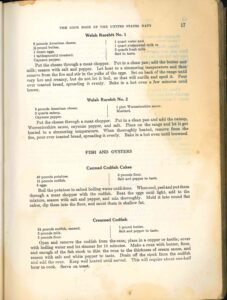