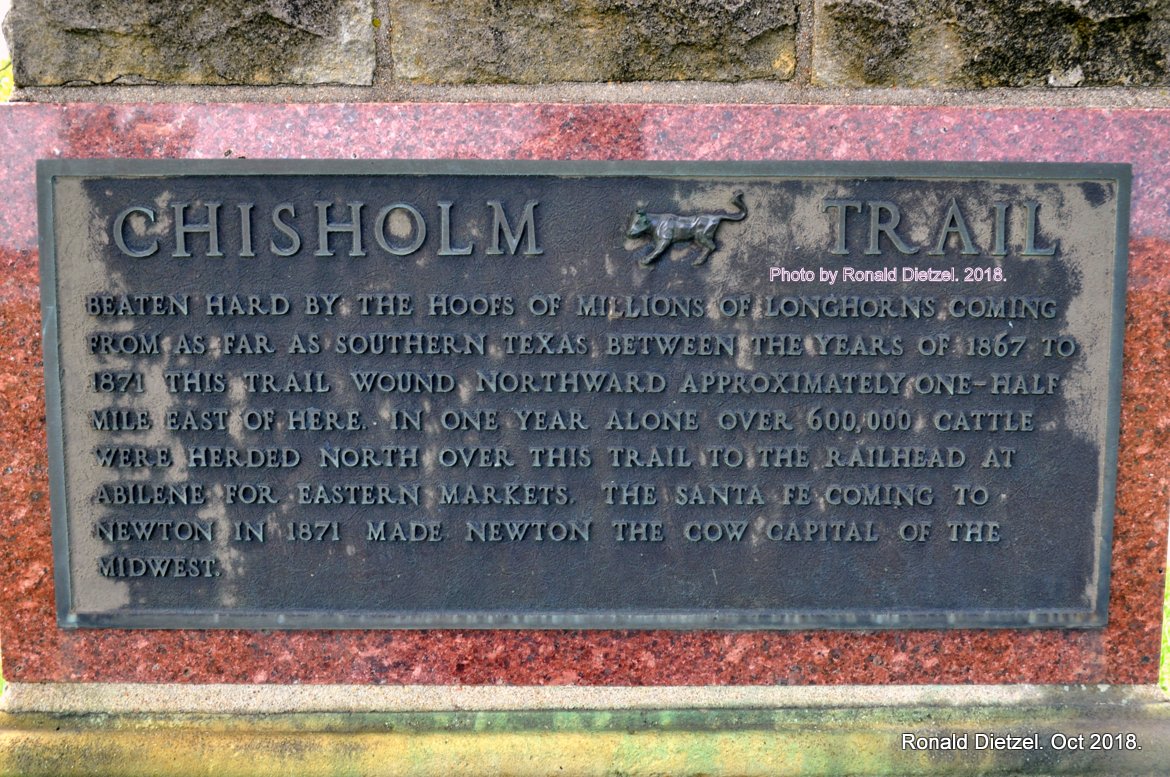 Cattle – An Economic Force That Repurposed Trails and Generated Laws. The Spanish land grant system encouraged cattle ranching. As a result, Texas cattlemen searched for an outlet to sell their cattle. 1820s Anglos in Texas moved herds to New Orleans. Cattle were trailed to the 1848 California gold fields and the 1858 Colorado gold fields. For various reasons, herd sizes to these markets had a limit of about 250 head. In time, Texas ranchers realized the eastern markets were more profitable since northbound herds could have 2,000 or more head. Knowing this, 1840s drives began on the Shawnee Trail (Eastern) System (1846 – 1875). Cattle were taken north across Indian Territory (I.T.) and through the eastern Kansas Territory so as to reach buyers in Missouri, Illinois, and other Midwest states. However, obstacles developed in the 1860s. The Civil War blocked much of the shipping; and then ever increasing numbers of Plains Indians and Euro-American settlers occupied the land. Since the longhorn cattle often carried a disease which was deadly to local domestic cattle, the movement of Texas cattle was restricted. Through quarantine line laws, Texas cattle were banned from entering specific regions. Trail drivers had to endure the ire of local farmers and ranchers in Indian Territory, Kansas and Missouri. Drovers faced encounters from ruffians (Kansas Jayhawkers and Missouri Bushwackers) who were still active after the guerrilla warfare of the past decade. As a result, drovers were looking for “a good, safe place to drive to, where he could sell or ship his cattle unmolested….” Note: In the mid-1890s, it was finally determined the Texas Fever (aka as Spanish Fever) was caused in domestic cattle by longhorn cattle which carried south Texas coastal ticks. Hwy K-15 marker in Harvey County. Photo credit: Ronald Dietzel. October 2018.