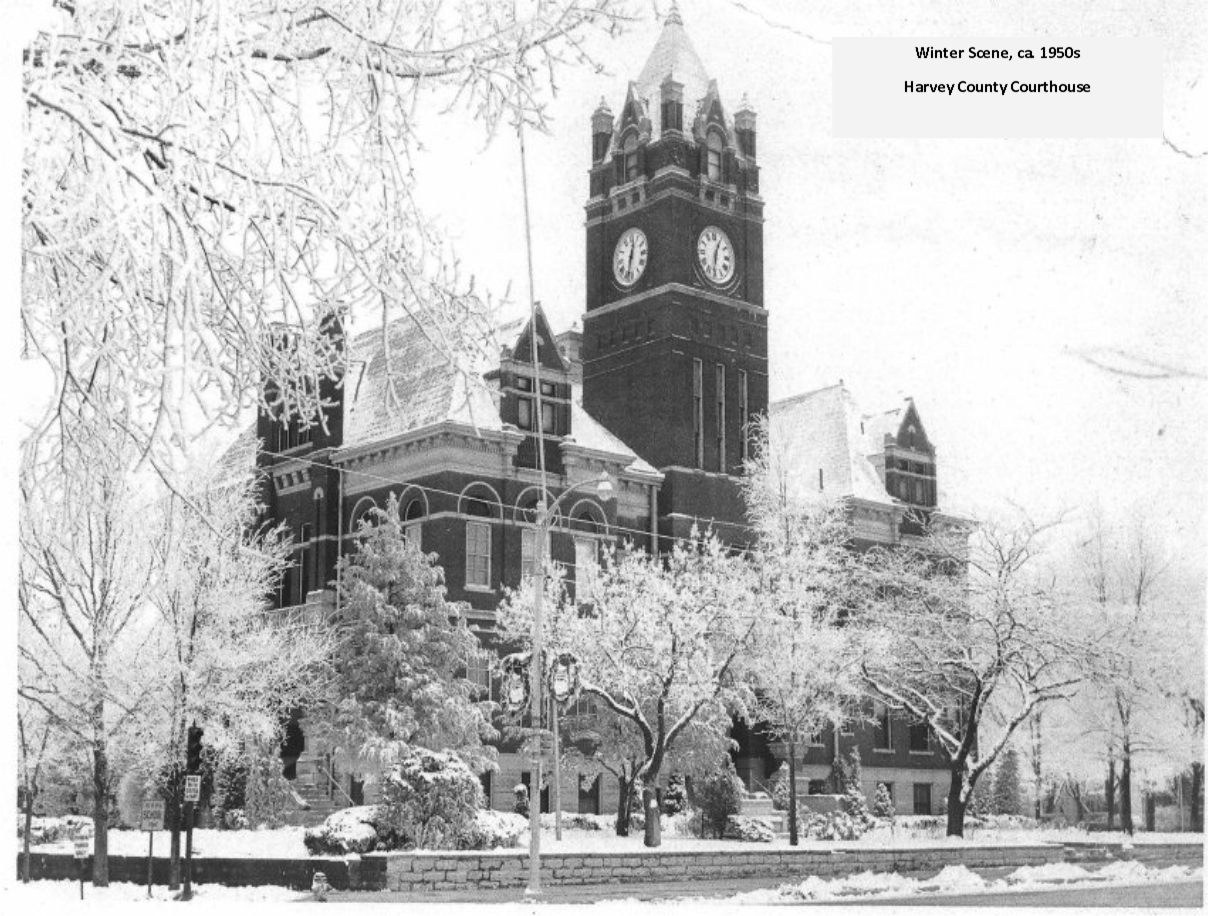 Looking southeast, c. 1950s. In the early 1950s, county commissioners began adding to a new building fund from a levy of 1 mill. In August of 1962, $400,800 was in the fund. Despite “rapid deterioration” of the 1906 building, “none of the fund could be used for alterations or repairs,” which were estimated at $50,000. Hutchinson architect Ken G. Miller was hired and commissioners began touring other courthouse structures, with accessibility being a priority. Final plan were approved in spring of 1964 and construction began in May.