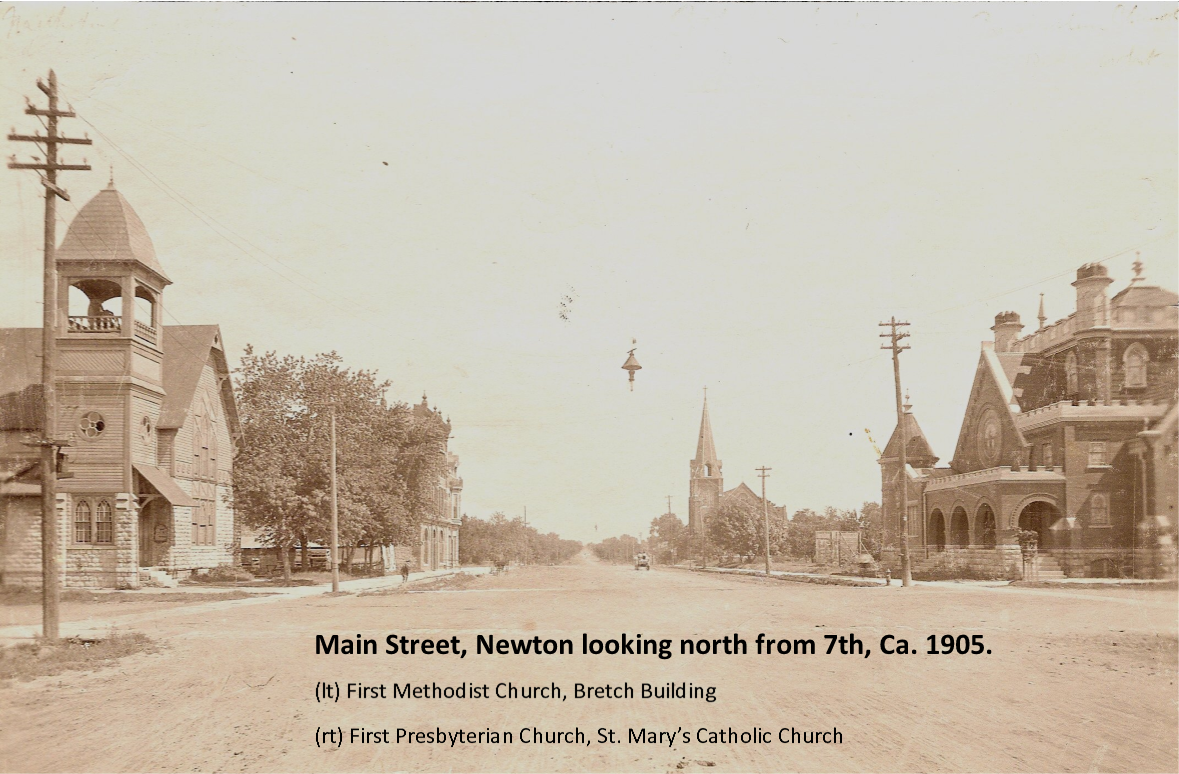 In 1904, a site for a future courthouse had been purchased on the same block as the jail. This 1905 photo shows the courthouse block (before construction) looking north from 7th. The 1st UMC and Bretch Building are on left, with First Presbyterian and St. Mary Catholic on the right. At the time, Harvey County was the only county in south-central Kansas without a dedicated courthouse. J.S. Henderson, in his June 9, 1906 letter to the editor of the “Evening Kansas Republican” noted: “The present building used as a courthouse [Masonic Building] is undesirable, inconvenient, insecure, small and does not furnish the convenience or the proper accommodations for the performance of the business of the county. “The jury rooms were too small and they were ‘a sweat-box in summer and a refrigerator in winter’.” The vaults “which should be the Gibraltar of the courthouse” were small, dark and not secured. Finally, he pointed out that the county needed “a building to which each and every individual of the county could point with pride and say, ‘our courthouse’.”